This document contains information about the Teleprompter we use here at CEOEL.

We use iPad based Teleprompter hardware that mounts to a tripod. The camera is then mounted onto this hardware behind the beam-splitter glass. The iPad is placed in the tray, and it runs our Teleprompting software to reflect the text to the reader. 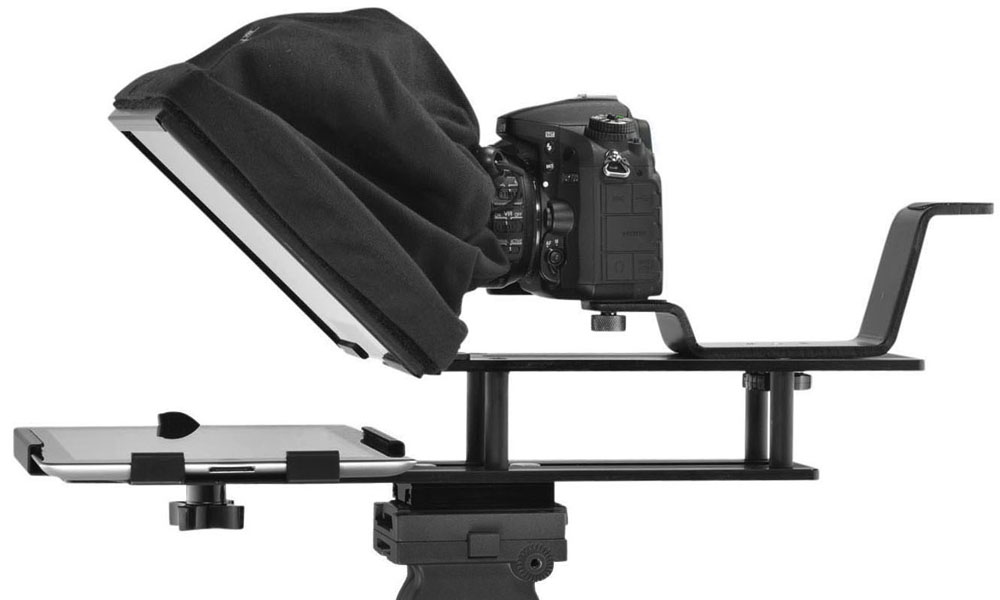 We currently use Teleprompt+ 3. It is an iOS Teleprompting app from Booming Brain Interactive.

Advice for Teleprompter Use

Latency is an important factor when using a Teleprompting setup that has a wireless Display Device and Controlling Device. You should always operate with latency in mind.

Additional Support
More information and support can be found on the Teleprompt+ 3 support page.